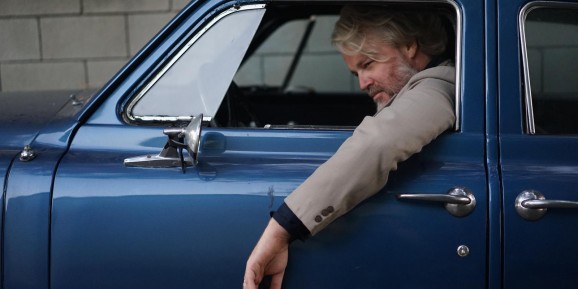 Robert Rex Waller Jr. has spent the last sixteen years fronting I See Hawks In L.A., a California group whose cult following has found an appreciation for their hybrid style of country-rock laced with folk and psychedelic sounds. At the core of the group’s identity has always been the profoundly original lyrics of Waller. His imaginative songs have always found a match in his smooth baritone and the far out cosmic Americana sound of the band, and this can be heard over the course of I See Hawks In L.A.’s seven albums. Though they don’t often venture too far from their native Southern California, the Hawks are still going strong, playing gigs and crafting original tunes.

Read the full review at GlideMagazine.com