Fancy Free, the first solo album from singer and songwriter Robert Rex Waller Jr., takes the alumnus and associate professor (teaching) of writing in new directions — both musically and follicly.

Looking at the photograph of a bearded Robert Rex Waller Jr. gazing serenely out of a frame of intricately drawn cactus on his new album, Fancy Free, one’s eye is drawn inexorably to his hair.

But Waller’s striking hairdo is not a tribute to the Nashville bombshell of  “Jolene” fame, but to another Tennessee bombshell: his mother, Sarah Pickens Waller, a former French teacher, who died in March last year while Waller was recording the album.

“My mom was this very fancy Southern woman from Memphis,” said Waller, associate professor (teaching) of writing at USC Dornsife. “She always had this wonderful bouffant hairdo, and one of the famous stories about her was that she had kissed Elvis after a high school football game. Getting my hair done for the album artwork also became a way for me to remember and honor her and keep her present.”

Waller, who earned a master’s in professional writing from USC Dornsife in 2003, is best known as the lead singer and a principal songwriter of his band I See Hawks In L.A. But with seven Hawks albums and a decade of touring under his belt, he decided a few years ago that he was ready for something different. 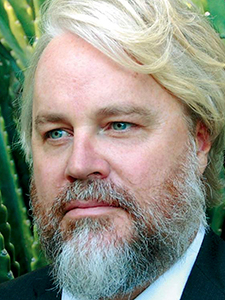 “One of the main ways I could do that was not to write the songs but instead to approach them as a singer. Since I wasn’t thinking about lyrics and progression and the chorus, I could think about the other musical choices I could make, how I could experiment with myself and the way I sound and change the textures and try different styles.”

Waller, who teaches writing to visual and performing artists at USC Dornsife, said part of his inspiration to make the album came from his students and their energy, commitment and ability to take risks.

The album also derived from a more personal place. While recording last March, he got a call that his mother was seriously ill. She died 10 days later. The new album is in large part a tribute to her.

“It’s called Fancy Free,” Waller said “The free part of the title refers to the theme of freedom and exploration, which a big part of this project for me. But the fancy comes from my mom. In terms of performance, she was a big influence.

The kaleidoscopic range of songs on Fancy Free goes from The Kinks’ “Waterloo Sunset” and Neil Young’s “Albuquerque” to the delightfully bizarre title track from The Oak Ridge Boys, while Nina Simone’s “Don’t Pay ‘Em No Mind” with its melding of blues, jazz and country contrasts with Waller’s rocking cover of Bob Dylan’s “She Belongs to Me.” The album’s more traditional roots are wrapped in bursts of indie rock, jazz, punk, and 70’s psychedelia. Does Waller have a favorite track? 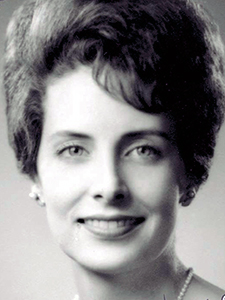 “The short little verse from “Amazing Grace” is kind of the heart of the record because that’s where my mom is most present. We played it at her funeral. But I really like how Waterloo Sunset turned out, with the way the piano sounds and the gently loping nature   of it, and Albuquerque with Joel Guzman on the accordion. I love little parts of all the songs on the album.”

The album has a family feel to it. Not only did Waller’s father, Robert Rex Waller, play piano on the disc, his wife, Katie Williams, sang harmonies on the album’s version of Daniel Johnston’s “Don’t Let the Sun Go Down on Your Grievances.” Williams also did artwork for the sleeve, while their son, Henry Waller, provided the cactus drawing on the disc label. The album also features Waller’s former student Nora Germain on violin.

“Nora was a student in my ‘Writing for Visual and Performing Artists’ class back in 2014,” Waller said. “She was the first-ever violinist to graduate from USC Thornton School of Music with a degree in jazz studies.”

Waller’s class helps students explore or discover their own artistic values through the process of writing, sometimes about their own work.

“That’s something that, as artists, we don’t do very often,” he said. “We write about other people’s work more commonly than our own.”

Waller uses his own art experience in his teaching by exploring his own creative process though writing and then modeling that for his students.

“Then we all do it together, talk about our own goals, struggles, disappointments, and successes as artists trying to make art in America in 2016, with all the unique challenges that go along with that.”

Sometimes, he admits, it takes a long time. “I started working on this album in Sept. 2012,” he chuckled, “so it took me almost four years to get to the finish line.”

Fancy Free comes out on CD on July 1. Waller will perform a CD release show at Pappy and Harriet’son July 2.